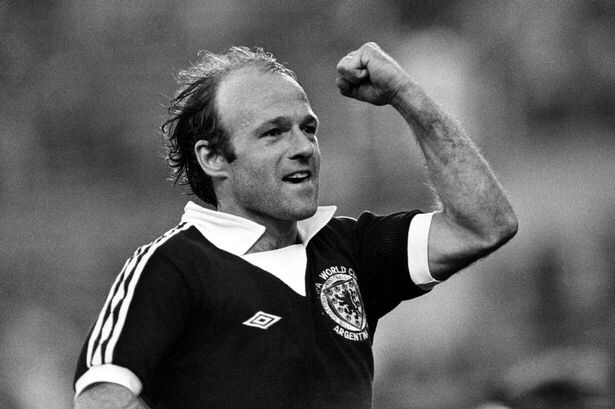 Great World Cup matches can include a hatful of goals, a moment of individual brilliance, or an unforgettable shock. These games certainly cover all those bases…

When World Cup debutants North Korea lined up to play Italy in their final match of Group 4, few people gave them a chance against the then two-time champions. Especially after the Koreans’ only point was from a last minute equaliser against Chile in the previous game. But this was the third match in a row they had played at Middlesbrough’s former home of Ayresome Park, and the Teeside crowd were firmly behind the underdogs, adopting them as they played in the same red colours of Boro. Pak Doo-ik’s 42nd minute strike condemned Italy to elimination, and it still remains one of the biggest ever shock World Cup results. The locals took the Korean’s to their hearts so much, that over 3,000 people from Middlesbrough travelled to Liverpool to watch their quarter final defeat to Portugal at Goodison Park. Incidentally those North Korean players (who had an average height of 5ft 5in) are still regarded as heroes to the Teesiders. The housing estate where the ground once stood has a bronze statue of a football boot at the exact point where the goal was scored.

A game that simply wouldn’t happen in the group stages these days. Not England vs Brazil, but the current world champions against Brazil. Although back then there were only four groups in Mexico 70′, so this sort of dual wasn’t uncommon. Anyway the match itself pitted possibly the best two teams in the world at the time against each other in Guadalajara. And what a match it was. Despite losing, it’s widely regarded as one of England’s greatest World Cup performances. A resolute English defence prevented a legendary Brazilian attack of Pele, Jairzinho, Rivelino & co in the first half. The highlight being the incredible world class save by Gordon Banks from a Pele downward header, which is still considered the greatest save of all time. The second half began with another outstanding moment. A tackle by Bobby Moore on Jairzinho. An intervention that epitomised the England captains’ calmness and composure. A moment like Banks’ wonder save, that has been replayed over and over. Eventually Brazil got their goal on the hour, an unstoppable effort from Jairzinho after superb play by the tireless Brazilian frontline. England nearly snatched a point, hitting the crossbar and missing an open goal in the dying minutes. But it’s that iconic photo of Pele and Bobby Moore swapping shirts after the final whistle which says everything about this match. Two great teams, playing great football, with the greatest of respect for each other, on the world’s biggest stage.

Scotland surprisingly qualified for the 1978 World Cup, edging out the reigning European Champions Czechoslovakia and Wales. After they were drawn in what many called an easy group with Peru, Iran and 74′ finalists Holland, manager Ally Macleod raised expectations of the nation by foolishly claiming his squad would come back from Argentina with ‘at least a medal’. Even stating in one newspaper that they would win the World Cup!! The sort of thing that would get you sectioned these days! The first two group games couldn’t have gone much worse for the Scots, losing 3-1 to the surprise package Peru, followed by a dire 1-1 draw with Iran, meaning for them to get through to the next round they had to beat a very talented Dutch side by three clear goals, a tall order indeed. But this game in Mendoza still remains the best Scottish performance in a World Cup match. After falling behind on the half hour mark, Scotland scored either side of half time, through Kenny Dalglish and an Archie Gemmill penalty. The greatest moment came in the 68th minute. Gemmill picked up the ball on the right hand side, slid effortlessly past two players, nutmegged a third, before cooly placing the ball past keeper Jan Jongbloed. There was pandemonium in the stands and in every pub throughout Scotland. The hope lasted only 3 mins, before Holland got one back and ended the Tartan Army’s tournament, but that Archie Gemmill goal is etched into Scottish folklore, and has turned into a ‘where were you when Gemmill scored?’ moment. Holland got to the final again that year where they were beaten by hosts Argentina. Ally Macleod never recovered from the failure of that World Cup, and resigned 3 months later.

The opening match of the 1990 World Cup went down as the biggest shock in the tournament’s history. World champions Argentina, led by Diego Maradona, faced a relatively unknown Cameroon team, who after this game lit up Italia 90′ with their flair, fearlessness and goal celebrations. The Argies were on the back foot most of the game until a very harsh sending off for Cameroon’s Andre Kana-Biyik. That dismissal seem to confuse Argentina even more, who were very disorganised from then on. Just 6 minutes later, Cameroon got the breakthrough they deserved. A header from Francois Omam-Biyik (the dismissed player’s brother) was fumbled into the net by keeper Pumpido. The crowd in AC Milan’s San Siro Stadium were fully behind the Africans jeering the South Americans’ every touch; especially Maradona who the local fans did not forgive for his Napoli team pipping Milan to Serie A that season. Two minutes from time was probably the most memorable moment of the match. Argentina’s substitute Caniggia had broken away, running full pelt he rode one challenge, then another, before being taken out at waist height by Benjamin Massing. It really is one of the dirtiest, most blatant fouls in the history of the World Cup, and fully warranted their second red card of the match. An ugly side to the game, yes, but you couldn’t help but be satisfied that this was the least Argentina and Maradona deserved after the ‘Hand Of God’ goal four years earlier. Despite the red cards, Cameroon were the better team and merited the victory. They finally gave African football some credibility. It’s hard to believe that the legendary Roger Milla only played 9 minutes of this match, but his time was to come later in the tournament.

Twelve years after that memorable night in the San Siro, another World Cup opening match produced a similar shock that set the tone for the 2002 tournament in Japan & South Korea. The backdrop to this contest has spanned over centuries as Senegal was a former French colony, only gaining independence from France in 1960. The relationship between the two countries since was complicated to say the least. To put it into context, only one player in France’s starting line up played for a French club, where as all of Senegal’s starting XI did. To add to that, Patrick Vieira is of Senegalese origin which gave the match a bit of fire to begin with. World champions, France, had kept faith with the squad that had won in their homeland four years earlier and in Euro 2000. In fact 7 of the starting line up from the 98′ final also started here; all those seven were on the wrong side of 30 including the back four and goalkeeper. In the tremendous heat of Seoul, they were picked apart by a young and vibrant Senegal team in their first tournament. With half an hour on the clock, El Hadj Diouf broke down the left, his cross was missed by the Barthez and Papa Bouba Diop bundled home from close range. This sparked celebrations from the Senegal players near the corner flag, dancing around Bouba Diop’s shirt. It brought back memories of the Cameroon team 12 years earlier, fantastic scenes. You got the feeling France went into this World Cup with a lot of arrogance, thinking they would walk it again. But they left the tournament at the group stage, with one point and no goals to their name. Senegal on the other hand became only the second African team to make the quarter finals, and were unfortunate to go out to Turkey through the golden goal rule.

With Spain winning Euro 2008, World Cup 2010 and Euro 2012, confidence was high that they could make this their fourth major tournament win on the trot. That was before they were humbled and humiliated in their opening game in Salvador, by a Dutch side intent on revenge for their World Cup final defeat to Spain four years earlier. Things started well for the Spanish midway through the first half, as Xavi Alonso converted a harsh looking penalty. The turning point was just before half time, thanks to a superb goal by Robin Van Persie. A cross field ball by Blind was met 15 yards out by the most controlled and cushioned diving header you are ever likely to see, over the head of keeper Casillas. It was voted ‘Goal of the Tournament’ and rightly so. In the second half the Netherlands ran riot, goals from Robben (2), de Vrij and another from Van Persie confirmed a disastrous night for the world champions. It was the first time Spain had conceded 5 in a match since 1963. They eventually made the Second Round, only to be beaten by Italy to end hopes of a fairytale fourth consecutive major tournament win. Holland made the Semi-Finals, unlucky to lose to an inferior Argentinian side on penalties. This match was one of many in the group stages in Brazil which were a joy to watch with free flowing football and many goals, before it started to get very tense in the knockout stages.

It’s dawned on me that four of the teams who have lost on this list, were the world champions at the time. My thoughts on this; get your money on current holders Germany to lose to Mexico in their first game on June 17th. You never know…